Video Games and The Internet 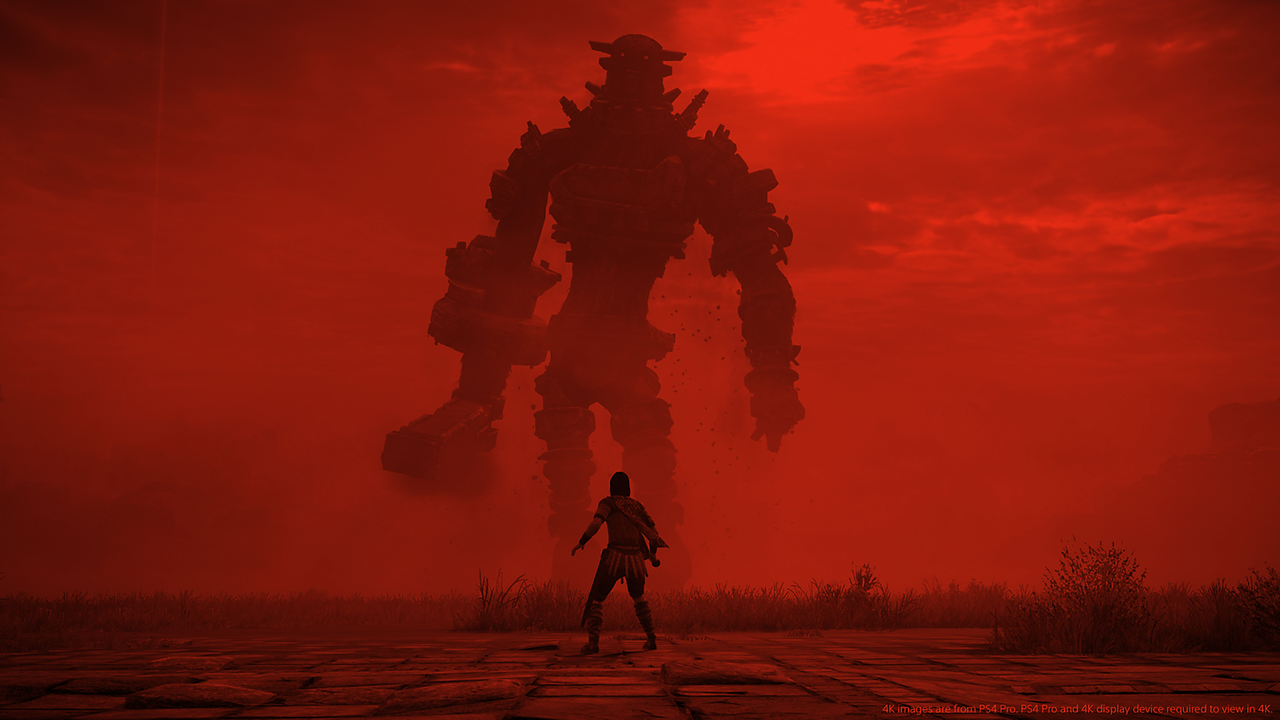 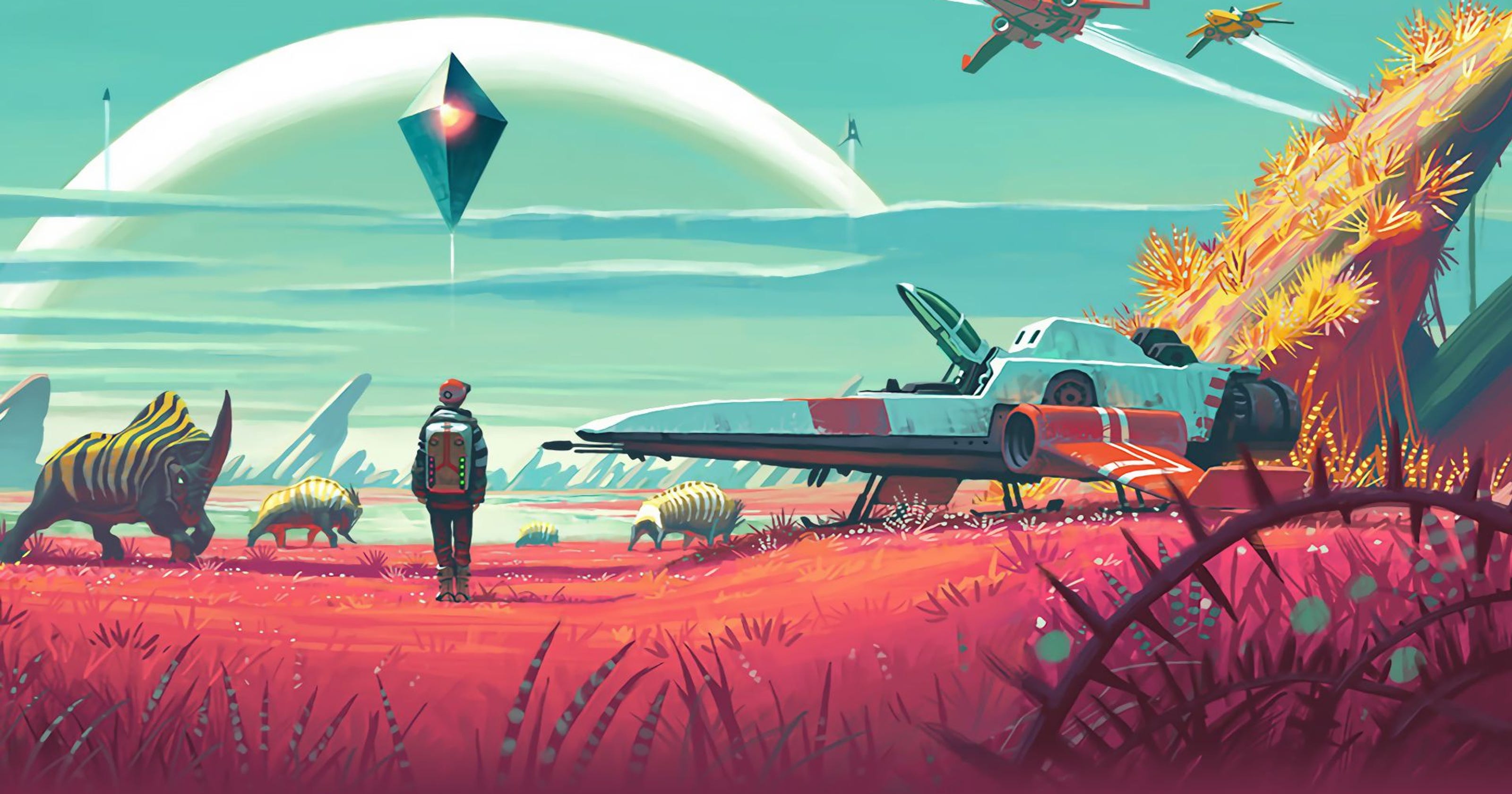 VIDEO GAMES
AND THE
INTERNET

The introduction of the internet into everyday life has had an increasingly major effect on the video game industry. Beginning with small multi-player games running on a local area network and growing to include huge massively multiplayer online games with thousands of players concurrently playing together. But are multiplayer games really what they are hyped up to be?

This Multi-Modal-Online-Solution will explore the hypothesis
‍

The study involves worldwide secondary data as this study does not relate to a specific demographic.The collection of primary data will be limited to only University High School students and staffmembers although the demographic does not matter.

How the Survey Data was Collected

Survey data was collected digitally through a Google form that ensured only one survey entry per person. The link to the Google Form was published by on the University High School portal. The data submitted was then exported to a Google Sheets document ready for manipulation. Data was also attempted to be acquired data from the popular online discussion forum Reddit however there were too few respondents for this data to have been included.
The data was then validated by first removing the data entry of the singular participant that did not agree to partake in the survey. It was then ensured that all the devices entered in through the "other" checkbox were uniform and there weren't multiple names for the same device. Finally, any unrelated or profane data was removed from the qualitative entries.
After the data was validated it was manipulated in order to be able to obtain information from it. For the qualitative data all answers were each assigned descriptive keys based on the primary focus oft he entry. This allowed the qualitative data to be quantified. The frequency of the different answers was counted by using the Microsoft Excel formula =COUNTIF(Range, SearchTerm)

How the Big Data was Collected

The  Steam game data was collected from Craig Kelly's public data hosted on Data.world. The Internet statistics was obtained from The World Bank. This data was checked to ensure that it had the appropriate licensing for this use.
Many of the release dates of the games were incorrectly formatted or were uninformative eg. "Coming soon!" Or "Next Summer!". These entries were removed.
The edges of the data for internet usage were trimmed in order to keep a constant number of data entries per year.
I used the worldwide data from the internet usage data set and the count of games released per year with the tag Multiplayer to create a line chart that overlaid a column graph.

These two charts show the exact same data. The radar chart shows how significant the bias towards playing games and communicating is and the heatmap presents the data in a format that is easier read than the radar chart.
‍
We can see that large majority of people use the internet for playing games no matter what device they use. Devices sold specifically for gaming such as the Nintendo Switch and Microsoft Xbox focus primarily on gaming and are used less for activities other than gaming such as finding games and being exposed to advertising.
‍
The survey showed that people using the internet for gaming-related purposes used it mostly to play the games and to communicate with others while playing games.Significantly fewer people identified the internet’s significance to the advertisement of video games(2 compared to the 40 who play games with the internet).

There is a clear trend of multiplayer games being released more frequently as the internet became increasingly common in the early 2000s and then once the internet was properly established as more common than not in households the release of online games skyrocketed at a rate much faster than the rate of growth of the internet, a growth of 412% for new online games over three years compared to a 29% growth of internet users over those same three years.
‍
This chart shows an obvious trend of the number of games released moving with the increase of internet users for 7 years starting in 2006. Once this period ends, the number of online games released increased drastically each year reaching in 2016 more than 10 times what it was in 2006. 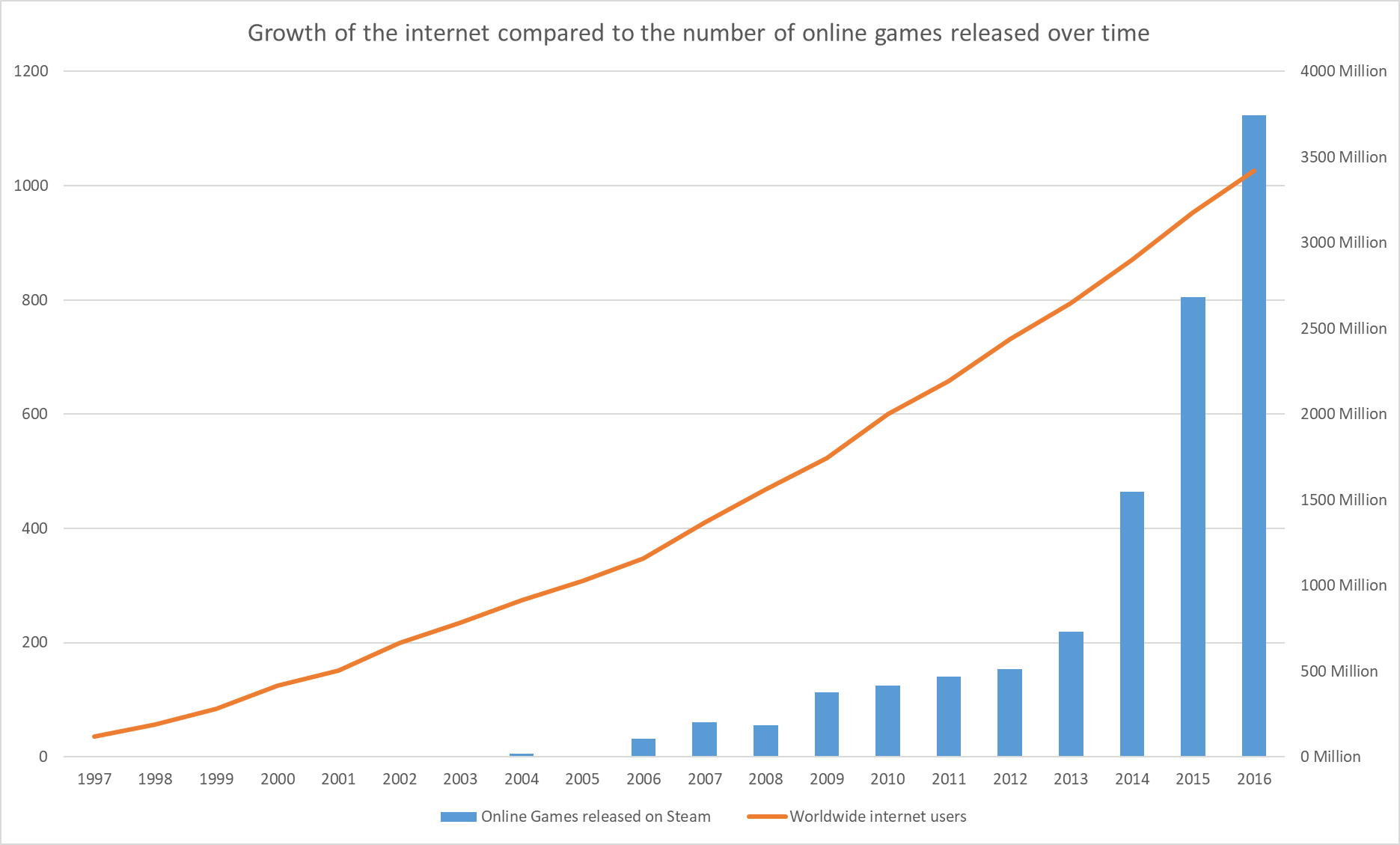 The evidence shows that an increase in worldwide internet coverage resulted in an increase of video games with online functionality due to an increasing number of customers with internet connections was true for around 7 years but there is no longer any real correlation between the two. This is likely caused by the majority of potential customers already being connected to the internet. Because businesses cater to the majority this has resulted in most video game companies shifting to create online games.
Created by
Tommaso Gionfriddo
Contact at
gio0002@unihigh.vic.edu.au
References
‍
Kelly, C. (n.d.). steam game data. Retrieved from Data World: https://data.world/craigkelly/steam-game-data